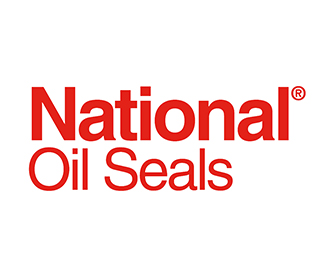 National Oil Seals, now under the Timken umbrella, are high quality products. Oil seals are used wherever shafts rotate and bearings require lubrication to work effectively. Timken’s National Oil Seal line of O-ring seal kids boast the coverage necessary for the gamut of popular applications. These handy oil seals serve to close spaces between stationary and moving components in mechanical equipment, also helping to prevent lubricant from escaping the system. They also serve to block harmful contaminants from entering machinery, especially within severe environments. National Oil Seals or other Timken products feature precision sealing designs that are well-matched for use with original equipment and in aftermarket applications as well. These seals are great for thousands of applications across many different industries like automotive, manufacturing, power transmission, and more.

Oil seals are often called dirt, fluid, or grease seals, and they serve to close spaces between stationary and moving components within mechanical machinery. They are designed to prevent the escape of lubricant necessary for proper function. They also serve to keep various contaminants from entering machinery.

Types of oil seals include:

Just use the "all products" search bar at the top of this page to search for specific National Oil Seal bearings and other Timken products by item number. If we don’t have what you need, we can find it!

What is an oil seal?
Oil seals, also referred to as shaft seals, are widely used to prevent the leakage of mediums such, as oils and grease, along a rotating shaft. They are commonly used in hydraulic cylinders, gearboxes, and other related components for leak prevention.

What is the purpose of an oil seal?
An oil seal has three main functions– to prevent lubricants from leaking outside the seal even under high pressure, to serve as a barrier to retain lubrication material, and to prevent dirt and contaminants from entering the unit.

What do oil seals do?
Oil seals serve to close spaces between stationary and moving components in mechanical equipment, also helping to prevent lubricant from escaping the system. They also serve to block harmful contaminants from entering machinery, especially within severe environments.

What are the benefits of nitrile rubber oil seals?
Oil seals made from nitrile rubber offer good heat resistance properties, and are also resistant to salt solutions, oils, hydraulic oils, and gasoline They also operate well in dry environments for intermittent periods.

How is an oil seal constructed?
Oil seals generally consist of three basic components including the sealing element, the metal casing, and the garter spring.

Why do oil seals fail?
Severe cold can crack seals and cause them to fail. Other seals such as brake, transmission, and axle seals can be damaged due to extreme temperatures as well. Dirt and contaminants can also cause seals to slowly break down over time allowing for leaks and eventual failure.

When are oil seals used?
Oil seals are used wherever shafts rotate and bearings require lubrication to work effectively.

What is a National Oil Seal?
National Oil Seals, now under the Timken umbrella, are exceptional quality products. Oil seals are often referred to as dirt, fluid, or grease seals, and they serve to close spaces between stationary and moving components within mechanical machinery.

Do you have to grease oil seals?
For an oil seal to operate correctly, the seal lip must be aligned with the medium to be sealed. To allow for easier sliding over the shaft, both the shaft and the oil seal lip must be lubricated properly with grease or oil before operation.